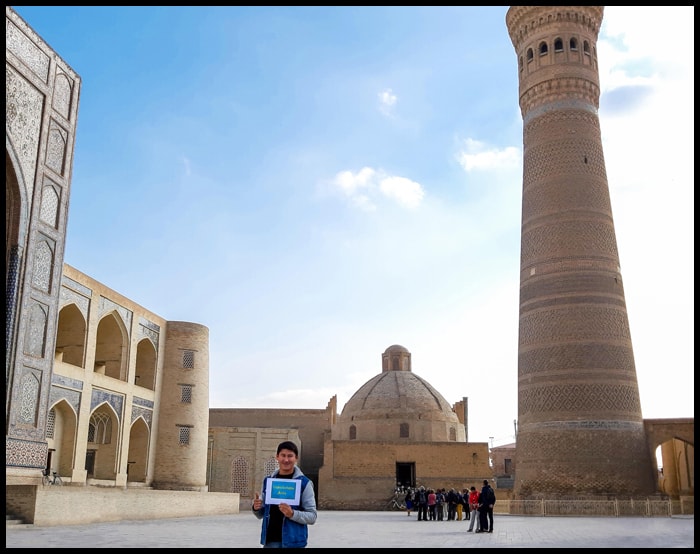 Day 1: Tashkent - Samarkand
We organized impressive Unbelievable Uzbekistan Tour 1. On arrival to the airport you will be met by our team and transfer to the city. You will have the city tour and visit the famous place as Independence Square which is made to the victory over fascism at the period of the World War II. Then you will travel to the local Broadway located between Independence Square and Amir Timur square. Don't miss to see the famous Tashkent metro which was opened in 1977. In the second part of day you will have an opportunity to visit Chorsu Bazaar, Kukaldash Madrasah and Hast Imam complex counting numerous madrasahs, mosques and mausoleum. There is ni tour in Uzbekitan without visitung  the sacred Othman Quran found in the 8th century. Transfer to hotel for rest.

Day 2: Samarkand - Bukhara
In the morning, you will have the city tour. First, let's consider Samarkand. It is situated in the valley of the river Zerafshan and the second largest city of Uzbekistan as Babylon or Rome. Visit the Registan square and see magnificent three madrasahs found in the 15th and 17th centuries. Shakhi-Zindeh is known for its mausoleums originated in the 11th and 15th centuries. Mausoleum Guri Emir and Bibi Khanum Mosque made for the lovely son of Tamerlane and his wife. In the evening is transfer to Bukhara by train. Night is in a hotel.

Day 3: Bukhara
We are glad to impress you by the next day of visiting the historical citadel in Bukhara city. It was found in the 4th century and called the Citadel Ark which ruled dynasties of Bukhara Empire ruled. Then you will visit the Samanids mausoleum of 9th and 10th centuries as well as the Chashma Ayub or so called Job's well and Bolo-Hauz mosque where you can admire forty columns built to Bukhara governor Abu-Fayud Khan. On the route you will find the shopping domes and madrasahs of Bukhara called Nodir Divan Begi going to the Lyabi House Ensemble. In the afternoon, you will visit the Poi Kalon complex belonging to the 12th and 16th centuries as Kalon minaret, Kalon mosque and Mir Arab Madrasah. In the evening flight (train) to Tashkent city. Overnight is in a hotel.

Day 4: Bukhara - Tashkent
You will have a wonderful tour where you can visit Bahauddin Naqshbandi complex, located in several kilometers from Bukhara. You will find the memorial complex of famous Sufi Leader and Philosopher which is defined to be the Muslim pilgrimage place. In general Sheikh Bakhauddin Nakshbandii was the unworldly bests of Amir Timur.  Here you can see mosques as Kushbegi and Muzafarohana as well as yard with pool, madrasah and burial vault of Bukhara rulers and Dakhma upon the tomb of Saint Bakhauddin Nakshbandi. In the afternoon, we will drive to the residence of Bukhara Emirs as Sitorai Mohi Hosa complex. According to legend Emir named the palace on behalf of his wife who died by young age by calling "Star - like and moon- like Palace". Afterwards we will visit the Sumiton village and find the Chor Bakr memorial complex so called The Dead Town which was built in the period of Samanids ruling until the 16th century. In the evening you will have flight to Tashkent. Transfer to a hotel for sleep. We hope you like tours.

Day 5: Tashkent - Departure
Transfer to Tashkent International Airport and flight for the next destination. End of Unbelievable Uzbekistan Tour 1.