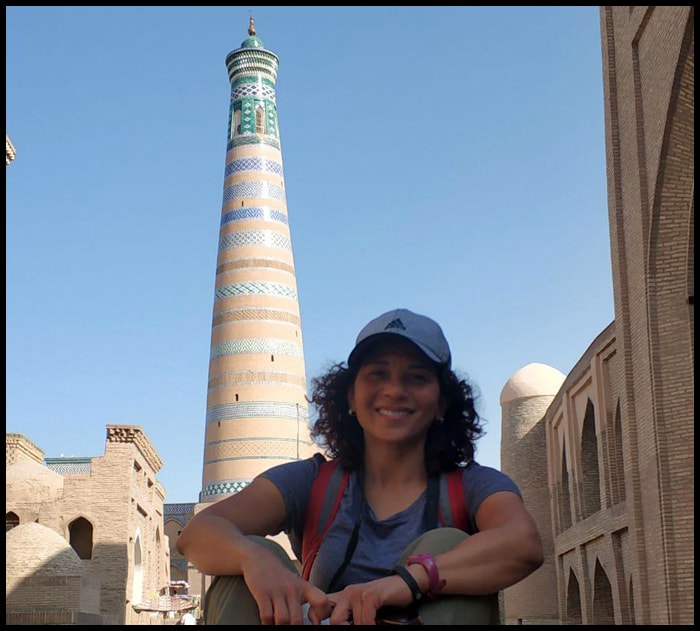 Day 1: Bishkek - Ala Archa - Bishkek
Guide will meet and accompany you to the capital of Kyrgyzstan. The road to Bishkek will take 40 minutes from airport. In course of the tour you will visit the Pobeda Square (Victory Square), Duboviy Park (Oak Park), Central Ala-Too Square, Old Square, National Philharmonic and others. Then you will drive 45 km to Ala Archa gorge which lies on a spur of the Tien Shan mountain range. Here you will enjoy a short hiking trip as well as witness the panoramic views of pure nature. Then you will return to Bishkek city and spend the night in the hotel.

Day 2: Bishkek - Burana - Issyk Kul northern shore
In the morning you will be transferred to the pearl of the country which is known as Issyk Kul lake. You will be impressed by the alpine lake that is located on the altitude of 1 608 m above sea level as well as lays among the celestial mountains. The nature of this area will captivate you. The lake is never freezes due to its salty water. On the way to lake you will have a stop at Burana Tower and of 11th century as well as an open air museum of Balbals (stone warriors). Stone warriors are made for those who died in honor for protecting Motherland. Then we will continue the route to Cholpon Ata city. Upon arrival you will see the ancient stone inscription that was made by shamans 2 000 years ago. In addition you can find there a local ethnography museum. Overnight will be spent in the hotel.

Day 3: Issyk Kul - Grigorievskoye - Semenovskoye - Karakol
Today in course of the tour you will visit the Semenovskoye and Grigorievskoye gorges. These sights are interesting due to the fact that they have connection at the end. During the tour here you will be able to witness the mesmerizing beauty of green fields, waters, mountain snowy tops. You will have an opportunity to take a lot of vibrant photos. In course of the tour you will hike as well as admire the pure nature of this area. Later on you will be transferred to Karakol town where you will be able to see the Dungan mosque made in Chinese style without metal nails. Karakol you can visit an old wooden Orthodox Church. You will spend the night in a guesthouse.

Day 4: Karakol - Skazka - Bokonbaevo
In the morning you will start your drive to Bokonbaevo village. On the way to it you will visit Jeti Oguz or Seven Bulls that is known due to the seven red rocks situated in a row. Moreover here you will be able to climb to the Broken Heart Mountain by spending 20 minutes for hiking. On the top of this mountain you will see the incomparable beauty of the nature. Don't miss to capture it! After it you will visit another site that is located about 4 km from Tossor village the famous Skazka (Fairy Tale) Canyon. Tours to this place is known by the chance to see the breathtaking red sand shapes which change its forms every time. After admire this site you will drive to Bokonbaevo village. Many tourists like to is it due to the eagle hunter who lives here. He possesses the knowledge of ancient way of hunting with the help of the eagle. You will participate in eagle hunting and take photos with birds. Overnight will be spent in yurts.

Day 5: Bokonbaevo - Kyzyl Tuu - Bishkek
Today you will be transferred to Kyzyl Tuu village. Here you will be able to participate in the yurt workshop. Yurts are the nomadic dwellings s that are made of felt and wooden skeleton. Later on you will drive to the capital of Kyrgyzstan. Night is in the hotel.

Day 6: Bishkek - Almaty
Today you will be transferred to Almaty city. In course of the tour the route to the southern capital of Kazakhstan will take 4 hours. Upon arrival you will start the city tour where you will get more information about the history. Here you will visit the first site of the tour the famous Green Bazaar. This market possesses practically everything. Here you will learn the real life of markets. Don't forget to bargain. The next site to visit one of the oldest parks of the city the Panfilov Park and here you will be able to find Zenkov Cathedral. After it is the Memorial of Glory and Eternal Flame that was erected for those who died for freedom and independence of the country. Later on you will be transferred to the Medeo Gorge where you will have a chance to ski and admire the beauty of fairy views of snowy mountains. Kok-Tobe hill is the area where tallest TV tower in the world is situated. Here you will be able to visit souvenirs shop and see the breathtaking panorama view. Return on the famous Almaty cableway. Night is in the hotel.

Day 7: Almaty - Issyk - Almaty
In the morning you will travel to Issyk Gorge of Trans-Ili Alatau which lies along the Kuldja tract. Many centuries ago many travelle4rs passed this picturesque place. During the tour you will learn about history of this area and witness the burial mounds of Saka period and where the famous "Golden Man" was found and later become the state symbol of the Republic of Kazakhstan. On the route of the tour you will visit the State Historical and Cultural Museum-Reserve "ISSYK". This sight is possesses the items of history and culture of the Saka period as well as a copy of Golden Man and golden items, ancient ceramics, weapon, elements of horse equipment, and the model of burial mound. Later on you will see the beautiful lake is situated on the altitude of 1756 meters above sea level. It is worthy of note that this place was formed 10 000 years ago because of the massive landslide. Moreover it also resulted of forming the dam of 300 m height. Here you will be able to listen the details of 1963. After the short hiking tour will be transferred back to the city. Night is in the hotel.

Day 8: Almaty - Tashkent
In course of the tour you will have morning flight to Tashkent international airport. Here you will be met by guide and transferred to the city for guided city tour. The first sight of the tour is the Independence Square which was erected as token of the victory over fascism in World War II. After it you will be able to stroll on the street that is known as a local Broadway that divide the Independence Square and Amir Timur square. Then you will have a ride on the famous due to the beauty Tashkent metro which first line was opened in 1977. The next destinations are located in the old part of the city. You will visit Chorsu Bazaar, Kukaldash Madrasah and Hast Imam and find several madrasahs, mosques and mausoleum. And the highlightred part of this tour is the Othman Quran which is the world's oldest Quran copy found in the 8th century. The night will be spent in the hotel.

Day 9: Tashkent - Samarkand
Today you will have a morning train to Samarkand by train. This city can be found in the Valley of Zerafshan River as well as being the second largest city of Uzbekistan. It is worthy to note that the age of the city is similar to once in Babylon and Rome. In course of the tour you will explore such sights as Registan square, Shakhi-Zindeh, Mausoleum Guri Emir and Bibi Khanum Mosque. Registan Square is a breathtaking sight that is consisting of Madrasahs found in the 15th -17th centuries. We have no doubt you will like it in tours! Shakhi-Zindehis known for its huge collection of mausoleums of 11th-15th centuries moreover it is listed to UNESCO World Heritage Site. Bibi Khanum Mosque is the beautiful mosque that was erected to the beloved Tamerlane's wife, after his success in India. Overnight will be in the hotel.

Day 10: Samarkand - Gijduvan - Bukhara
In the morning you will head on to Bukhara. On the way to it you will have a stop at Gijduvan village that is known due to its private pottery workshop. This school has deep roots and the methods of creating the ceramic goods passed through generation. Nowadays the Gizhduvan is a home of the sixth generation of potters from Narzullayevs family that made this school famed among world. The main sign of this school are geometric patterns and bleu or green colors. After it you will continue the drive to Bukhara. During the drive you will have a stop in the memorial complex of Al Bukhary. Al Bukhary was a researcher the first who authored the hadith collection known as Sahih al-Bukhari made by Sunni Muslims. Upon arrival night is in the hotel.

Day 11: Bukhara - Tashkent
Today you will have aguie4d tour for the main sights of the city like Citadel Ark. This citadel was found in the 4th century hat was used as a palace for several dynasties of Bukhara Empire. Then is a wonderful Samanids mausoleum of the 9th - 10th century. Later on you will visit the Chashma Ayub or Job's well and Bolo-Hauz mosque, that is known due to the forty columns built to Bukhara governor Abu-Fayud Khan. In addition you will have a time to stroll along the hooping domes and visit one of the most famous madrasahs of Bukhara as Nodir Divan Begi. This sight is known to be a part of the Lyabi House Ensemble. The end of the tour will be a visit Poi Kalon complex of the 12th - 16th centuries including Kalon minaret, Kalon mosque and Mir Arab Madrasah. You will have the flight in the evening to Tashkent. The night will be spent in the hotel.