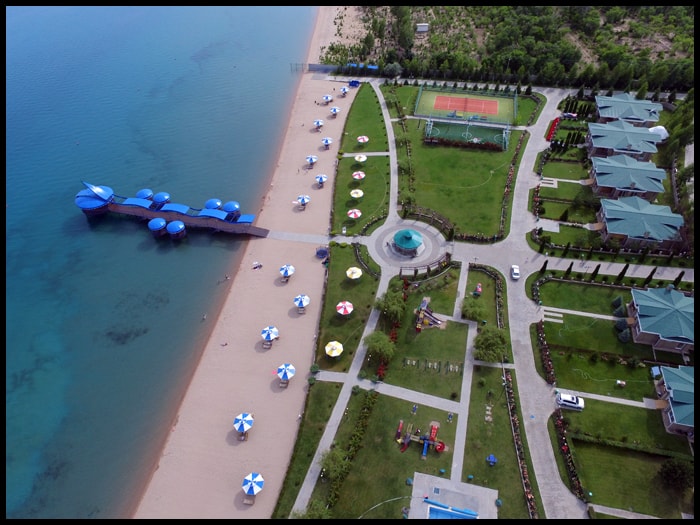 Day 1: Bishkek - Ala Archa - Bishkek
Guide will meet you in the Manas International Airport and accompany to the capital of Kyrgyzstan. The road to Bishkek will take 40 minutes one way due to it you will have an opportunity to learn more about history and developing of the country. The tour will state by visiting Ala Archa Gorge the sight that famous due to the controlled access during Soviet Union times.  After you will stop to admire the picturesque view of the gorge you will be transferred to   see sights like Pobeda Square (Victory Square), Duboviy Park (Oak Park), Central Ala-Too Square, Old Square, National Philharmonic. Then the group goes to the hotel and spends the night in the booked rooms.

Day 2: Bishkek - Burana - Issyk Kul northern shore
In course of the tour you will travel to the famous Issyk Kul lake. This lake is lays among the celestial mountains on the altitudes of 1 608 meters above sea level. Moreover you will be amazed by another name of it the pearl of Central Asia. This lake is never freeze due to the salty water. On the way to it you will have a stop to explore Burana Tower that is known as the minaret of the 11th century. While travel here you will be impressed by the atmosphere of those times, the periods of war. Make sure in it for yourself! The night will be in the hotel.

Day 3: Issyk Kul lake - Rukh Ordo - Karakol
Today you will have a tour in that allows to see the lake from all sides where you will be able to see the significant sights of his area. The tour you will start from the place that is famous among tourists as well as local people the Rukh Ordo complex. This sight has a meaning that the religions have relations to each other. After it you will continue the drive to Karakol city where you will be enjoy witnessing the significant attractions of the city the Dungan mosque and the Orthodox Church. After you have seen the places from all the sites, we take you the boarding house for the night.

Day 4: Karakol - Jeti Oguz - Issyk Kul southern shore - Bishkek
Today you will start your travel by having tour to the Jeti Oguz gorge. Upon arrival you will be met by the red rock formation that resembles the Bulls standing in a row and watching at you. Due to this fact this sights is known as a "seven bulls". There are a lot of legends and facts showing us that the ancient people really were trying to describe the emergence of the sites. Later on you will be transferred to the place tours to which very popular. Bokonbaevo village is famous for the fact that here lives the eagle hunter that possesses the ancient knowledge of hunting with the help of the eagle. By having tour here you here you will be able to see the eagle hunting show, communicate with the local people and the berkutchi. In addition it will be possible to take a photo with an eagle on the hand! Then we return to Bishkek and spend the night in the hotel.