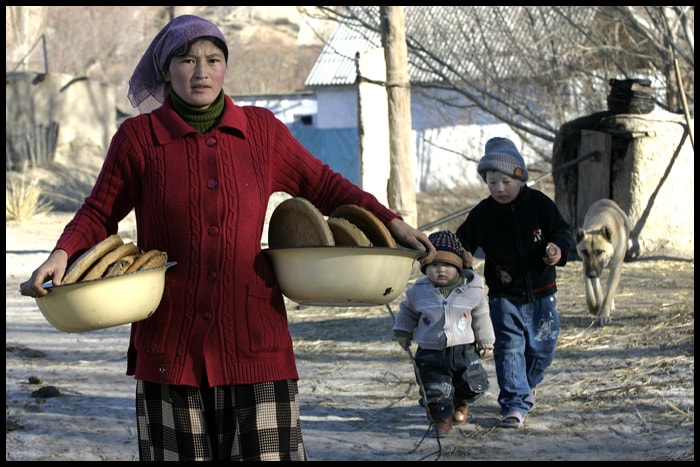 Day 1: Almaty - Issyk Lake - Almaty
Your Unbelievable Kazakhstan: Tour 7 will start upon arrival to airport. Guide will meet and accompany you to Almaty. You will visit the most prominent sites of the southern capital of Kazakhstan. The first destination of the tour is the Green Bazaar where you will have difficulties to refrain yourself bargain on some interesting goods. Then is one of the oldest Almaty parks - Panfilov Park. Moreover on the territory of it you will see the Zenkov Cathedral and the Memorial of Glory and Eternal Flame. In course of the tour you will also explore the Park of the First President of the Republic of Kazakhstan. After it you will head on to the Big Almaty Gorge and further to Issyk gorge. You will find it on the Kuldja tract that is known as the place where trade caravans passed many years ago. During the travel you will visit the State Historical and Cultural Museum-Reserve "ISSYK". Here you will see items that show the history and culture of the Saka period. Later on you will find yourself on the altitude of 1756 meters above sea level where the breathtaking alpine lake is situated. On the Issyk Gorge you will see the magnificent view of the lake the surface of water will mesmerize you. While enjoying breathtaking view you will listen to the details of the natural disaster of 1963. Night is in the hotel.

Day 2: Almaty - Shymkent
In course of the Unbelievable Kazakhstan: Tour 7 you will have morning flight to Shymkent (ab.1h 40 min one way). After your arrival you will have guided city tour where you will investigate the most prominent sights of the city like Walk of Fame (park named after Sh.Kaldayakov), "Zher Ana" monument, Ordabasy square, Park "20 years of Independence of the Republic of Kazakhstan", Museum of Victims of Political Repression (30 minutes), Obelisk of Glory, Eternal Flame to the fallen in The great Patriotic War, Arboretum (stop for 20 minutes), Regional Museum (40-60 minutes). At ten end of the travel you will spent night in the hotel.

Day 3: Shymkent - Turkestan - Shymkent
Today you will travel to Otrar region to visit the Shaulder Settlement. Upon arrival you will visit Local History Museum "Otyrar", Arystan-Bab Mausoleum, archaeological site of the ancient settlement of Otrar of the IV century BC. Later on you will be transferred to next destination of the tour. Turkestan is the ancient city that was founded around 500 AD where the road of trading caravans passed from Samarkand, Bukhara and Khiva to northern Kazakhstan. This city was known as the spiritual and political center of the Turkic-speaking people in the XVI-XVIII centuries. Moreover it used to be the capital of the Kazakh Khanate. This prominent city will show you the "Azret-Sultan" historical and architectural complex, Mausoleum of Khoja Ahmed Yasawi, Turkestan ancient settlement, Necropolis, a fragment of the fortress wall, Citadel with gates, Hammam, Hilvet underground mosque. After exploring all sights of tour in the city you will drive to the hotel for overnight.

Day 4: Shymkent - Aksu Jabagly - Shymkent
Today you will have a morning drive to the Aksu-Jabagly natural reserve. On the way you will see the Aksu canyon.  During tour in Kazakhstan you will see Aksu-Zhabagly. This site is known as the oldest natural reserve in Kazakhstan that can be found at the spurs of the Western Tien-Shan Mountains at an altitude from 1000 to 4280 meters above sea level. Here you will witness the semi-deserts and the carpets of colorful alpine flowers in the meadows. Tours to this site will show that this area is a home for rare, endangered and endemic species of animals and plants. During the travel you will learn that it is home for argali and ibex, deer and roe deer, lynx and snow leopards, wolves, foxes, bears, porcupines and ermines as well as the bearded vultures, griffons and golden eagles are flying high in the sky. Return to the hotel.

Service does not include:
- Full board
- Single rooms
- Early check-in
- Travel insurance
- Visa and visa support
- Domestic flight Almaty-Shymkent - from 80 $