Records of the olden times

If you want to organize tours in Kyrgyzstan, it is better to learn about the history of the country. Our company also offers a car rent service for guests who want to explore the country independently. Today we will tell you rich and infinity history of Kyrgyzstan. All details can not be mentioned in the one short article, but you will be able to ask interesting questions to the guides, local people and of course nomads.

All routes of the tours include the visit to the ancient scripts on the walls of gorges. They testify to the ancient times and culture of nomadic tribes. These people were moving from pastures to pastures with all their staffs including yurts - collapsible dwellings. The history of Kyrgyz people is estimated to be of 2000 years old, but the first description was in 201 BC in Chinese written notes.

During the tours guests enjoy the beautiful views of the mountains, see the cities and visit historical and cultural monuments of Kyrgyzstan. In the Issyk Kul Region, near to the city of Cholpon Ata, there is the Rock Art Gallery. These petroglyphs were located in the center of spiritual life in the Bronze Age. On the walls there are images of goats, bulls, horses and all of the animals, scenes of dancing, hunting, communicating.

Generally speaking the history of Kyrgyzstan begins in Chinese notes in 201 BC. The entire ancient history stretches from 1000BC to 300AD.  Kyrgyz people were mentioned in the chronicle "Historical notes", that contains information about 5 tribes that were trying to conquer the Hunnu. After that Kyrgyz people were described in the chronicle Han-shu of historian Ban Gu. Today many scholars claim that the state of ancient Kyrgyz was situated in the Eastern Turkestan. 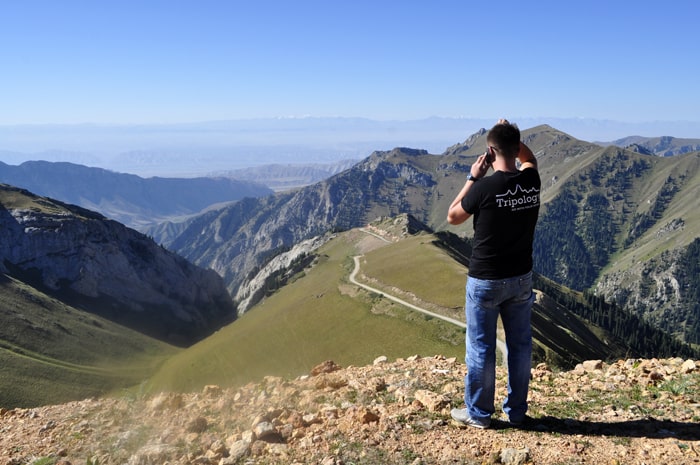 The history of the period from 1200 to 1400 is characterized by tragic events such as invasions by Mongols. After an invasion rather developed Turkic culture started to decline. In 1207 Yenisei Kyrgyz were conquered by Mongol ruler Chenghiz Khan. After that in 12-15th centuries nomadic people began to converge with Persian, Turkic, Arab traders and take the religion of Islam.

In the 15th century Kyrgyz people started to move from South Siberia. By this reason in 15th-19th, century Kyrgyz people did not have any state. There were different tribes. Although some leaders wanted to unite the people under one state, no one implemented this idea. Thus the tribes with the independent  political system appeared.

Since the 18th century and up to the beginning of the 20th century there was a process of joining the Kyrgyz people to the Russian Empire. The northern Kyrgyz tribes wanted to annex Russian Empire in order to defend themselves from the internal and external threats. The Southern didn't support thus idea, so they were joined by force. The annexation caused the change from nomadic way of life to agricultural and citizen-like.

In the beginning of the 20th century, in 1917, the Bolsheviks came to power in Russian Empire. They expressed the idea of equality of all people and the abolition of exploitation. The Soviet Union was created. Then the political and cultural life of Kyrgyzstan started to develop. The education was also improved. Statehood of the Kyrgyz people changed to autonomous region, than to the republic. But that process was not so peaceful. There were prohibitions to believe in God, this led to murders of innocent people. During the tours, you will be able to rent a car and visit  many architectural and historical sites of Soviet Time.

In 1991 the Soviet Union collapsed so Kyrgyzstan got its independence. The rapid political chance resulted in the crisis in economic, social life, the increase of unemployment. The country created own flag, anthem, currency and etc. In 1992 it became the member of the UN, in 1993 it had taken its own Constitution. Nevertheless, the political situation in the country was unstable. There were 2 revolutions - in 2005 and 2010. Nowadays Kyrgyzstan is a peaceful state, where you can organize exciting tours!